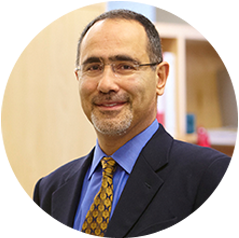 Pr. Gokhan Hotamisligil has been awarded in April 2014 with the 9th Danone International Prize for Nutrition (DIPN) for its work on nutrition and inflammation.

The Danone International Prize for Nutrition

The Prize with a dotation of 120000 euros has been awarded every two years since 1997 to a scientist conducting outstanding studies in Human Nutrition. The candidate selection procedure, based on the one used by the most renowned international Prizes is rigorous, objective and transparent.

To know more about the Prize, its rules and the new 2015 Call for Nomination…

Gökhan S. Hotamisligil, MD, PhD is the 9th recipient of the Danone International Prize for Nutrition. He is chair of Harvard University’s School of Public Health Department of Genetics and Complex Diseases and James S. Simmons Professor of Genetics and Metabolism.

He is an internationally recognized leader in nutrition science, and through his discoveries he has generated major insights regarding metabolism and immunity.

Discover more about his work.

On December 3, 2021 in Marrakech, the Danone Institute Morocco announced the two winners of the Research grants of the […]

3rd edition of the Danone International Prize for Alimentation

Read more
By scrolling this page or clicking on any of its element, you consent to our use of cookies in order to build traffic statistics. For more information and to learn how to change your settings, please click here. Accept
Privacy & Cookies Policy