One of the main and most outstanding contributions of Professor Friedman in the field of research on obesity is, of course, the discovery of leptin. This discovery revealed the endocrine function of adipose tissue. 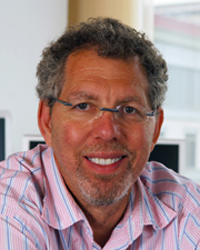 Thanks to the identification of this hormone, other scientists have come to understand the role of genes in the regulation of body weight. Since then, Professor Friedman and others have started to piece together the mechanism in order to understand which hormones affect several systems in the body and how they proceed, trying to identify and to understand pathways, their implications in the system and the influence of one on the others.

Therefore, besides leptin, we can say that Professor Friedman opened the door to thousands of scientific research projects aiming to better understand the regulation of body weight. In addition, to carry out his work, he pioneered new research methods, such as using a fluorescent protein marker to trace neural pathways. This method could, in principle, be used to isolate additional components of leptin or other signal transduction pathways.

In conclusion, we can say that Professor Friedman has reinvented the study of the biology of obesity. And in awarding the 6th Danone International Prize for Nutrition to Jeffrey Friedman, the Danone Institute International intends to reward his revolutionary approach in obesity research and underline his pioneering role in the field of research in nutrition.

Obesity and overweight have recently been recognized by the World Health Organization as one of the top 10 global health problems. They have reached epidemic proportions globally and pose a major risk for serious diet-related chronic diseases, including type 2 diabetes, cardiovascular diseases, hypertension and stroke, and certain forms of cancer. It is a very complex issue, closely linked with lifestyle and biological factors as well as social and psychological dimensions, which affects virtually all age and socioeconomic groups and that is present in both developed and developing countries.

While the problem of obesity has proven difficult to solve, great strides toward a thorough understanding of the biology of obesity have been made. Twenty years ago, little was known about the biological mechanisms that control body weight. While it was known that the hypothalamus, a region of the brain, regulates food intake and metabolism, the molecular elements of this system were not known.

In 1994, Professor Friedman identified a gene in mice and humans called obese and its product, the hormone leptin, as two of the molecular components of that system regulating appetite and adiposity. A revolution in the understanding and approach of obesity was started: these findings provided a basis for a new understanding of the system that controls weight. New theories on genetic and biologic causes of obesity were established.

Dr. Friedman´s subsequent research on leptin and the identification of its receptors led scientists to understand that appetite and adiposity are regulated by a physiological system balancing food intake and energy expenditure. This system is based on the ability of the adipose tissue to produce leptin, a hormone reporting nutritional information to the hypothalamus. Increased body fat (adipose tissue) is associated with increased levels of leptin, which then act to reduce food intake. A decrease in body fat leads to decreased levels of leptin, stimulating food intake and reducing energy expenditure.

It is often considered that weight control is just a question of healthy eating and lifestyle, an assumption which, in the end, stigmatizes obese people, who are often perceived as lacking the willpower and discipline to lose weight. According to Professor Friedman, the current environment is partly responsible for the development of obesity. Most people in Western societies today have access to an abundance of food, and they lead a more sedentary life-style than did their hunter-gatherer ancestors. The environment has indeed contributed to the increase of the average weight of the population over time, but it can´t be the cause of the huge differences in weight among the population at the present time. The perception that the lack of willpower to lose weight among obese people is the only determining factor is invalidated by a growing body of scientific evidence demonstrating that a precise and powerful biological system maintains body weight at a constant level. Voluntary efforts to reduce weight are thus resisted by potent compensatory biological responses. Looking at the involvement of leptin in obesity, it was found that mutations in the obese gene result in an insatiable appetite, morbid obesity and numerous clinical abnormalities. Since then leptin treatments have proven to be effective on rodents (up to 30% weight loss due to leptin injections), initial clinical trials have been done to test the efficacy of leptin against human obesity. The differences in weight loss among the subjects participating in the trials revealed the problem of leptin resistance. But major findings were that leptin successfully treats two rare diseases (a defect in the obese gene and lipodystrophy) and that leptin has a positive effect on insulin sensitivity among people with type 2 diabetes.

Today, scientists have identified other genes that play a role in obesity, demonstrating even more strongly the implication of genetics in obesity and the complexity of this system. In the light of these elements, it becomes understandable why, if public health recommendations on healthy diet and lifestyle can have a positive effect on moderately overweight people, such measures have generally little results on obese people´s health. For them, new scientific findings, to which Professor Friedman contributes, are providing new perspectives in the struggle against obesity.

“It is [a] propitious time to discuss the need for understanding the biological basis of obesity. A different kind of understanding is called for. Obesity is not a personal failing.

In trying to lose weight, the obese are fighting a difficult battle. It is a battle against biology. It is our hope that a better understanding of the genes and genetic variants that cause obesity in humans will provide help to obese people. Still, patience is called for; scientific advances take time, and the translation of those in new treatments often takes even longer,” says Professor Jeffrey Friedman.

By discovering leptin and by proposing a hormonal relationship of the adipose tissue with the centers in the brain responsible for satiety and hunger, Professor Jeffrey Friedman demonstrated that appetite and body weight depend on a complex physiological system. He opened research on the biology of obesity and brought new angles to research on nutrition and food intake. Today, Professor Friedman is still at the forefront of research, studying regulation of appetite and adipogenesis by leptin and other relevant new compounds